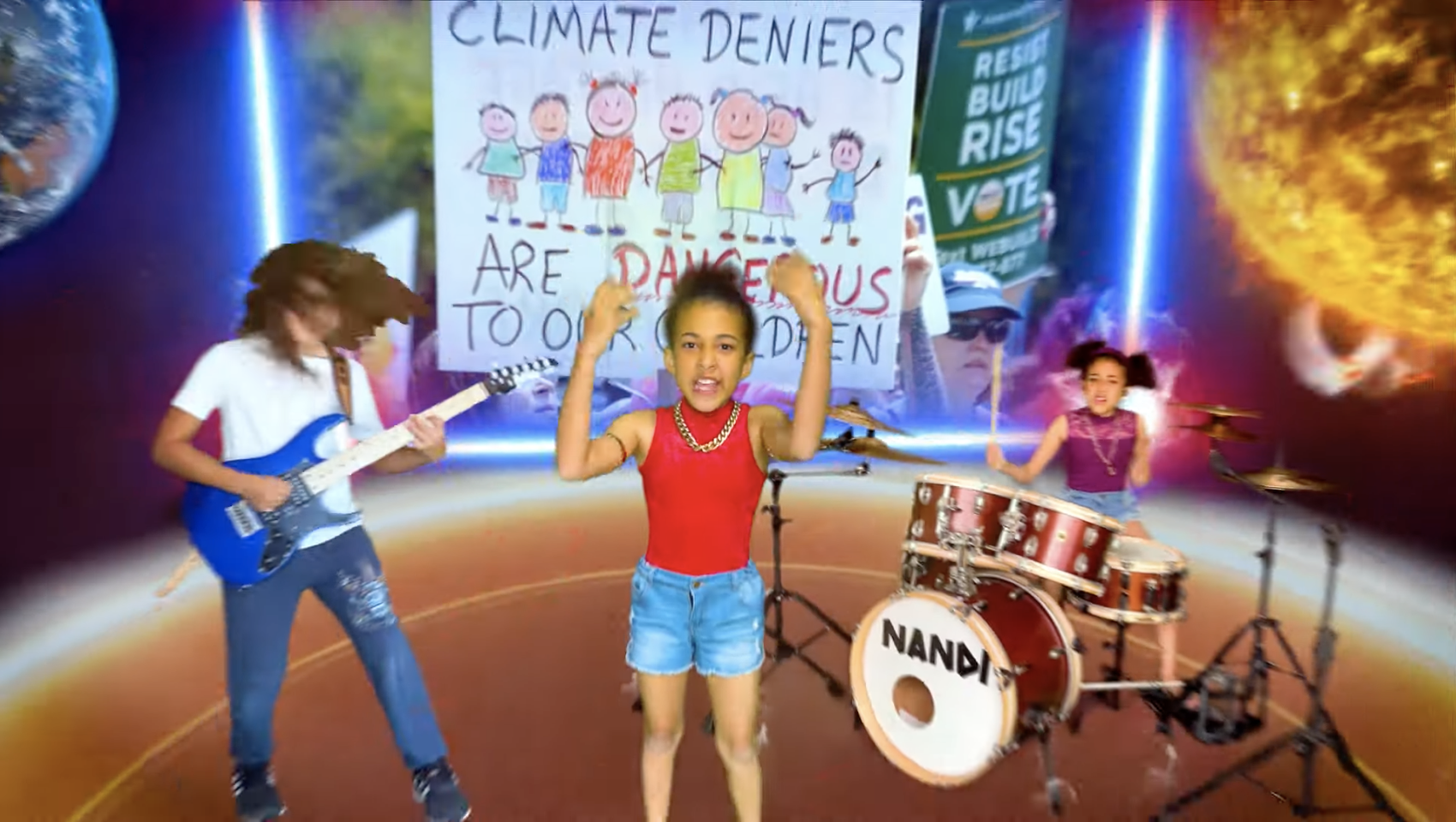 Watch Nandi Bushell, Roman Morello Rock Out With Greta Thunberg on ‘The Children Will Rise Up’

Nandi Bushell, the 11-year-old drumming virtuoso, teamed up with 10-year-old guitarist Roman Morello (son of Tom), for a raucous anthem they co-wrote together about saving the planet before “it’s too late,” as Bushell sings.
“The Children Will Rise Up” video is bookended by Jack Black, who gives his primordial devil-horned salute to the young rockers. Morello senior also shows up like a galactic deity, mouthing “That’s my son!” during Roman’s epic guitar solo. Even climate activist Greta Thunberg appears. Her brief, Leia Organa-esque cameo echoes Bushell’s message to “rise up” and insist governments around the world take action to fight climate change.
“While I’m not old enough to vote, I can bring awareness to this problem,” said Bushell at the end of the video. “I hope this song empowers young people to find their voice and inner superpower to speak out, and if we can all come together in unity and love, we can tackle humanity’s biggest challenge before it is too late.”
This video is part of Bushell’s work as the current Cartoon Network musician-in-residence and is a collaboration with the nonprofit Fridays For Future Brazil and England, branches of the global youth climate movement started by Thunberg. Proceeds from the song will be donated to SOS Pantanal as part of Instituto SOS Pantanal. SOS Pantanal works to protect the unique environment of the world’s largest tropical wetlands area in The Pantanal, South America. Cartoon Network will also donate to the organization.

The post Watch Nandi Bushell, Roman Morello Rock Out With Greta Thunberg on ‘The Children Will Rise Up’ appeared first on SPIN.