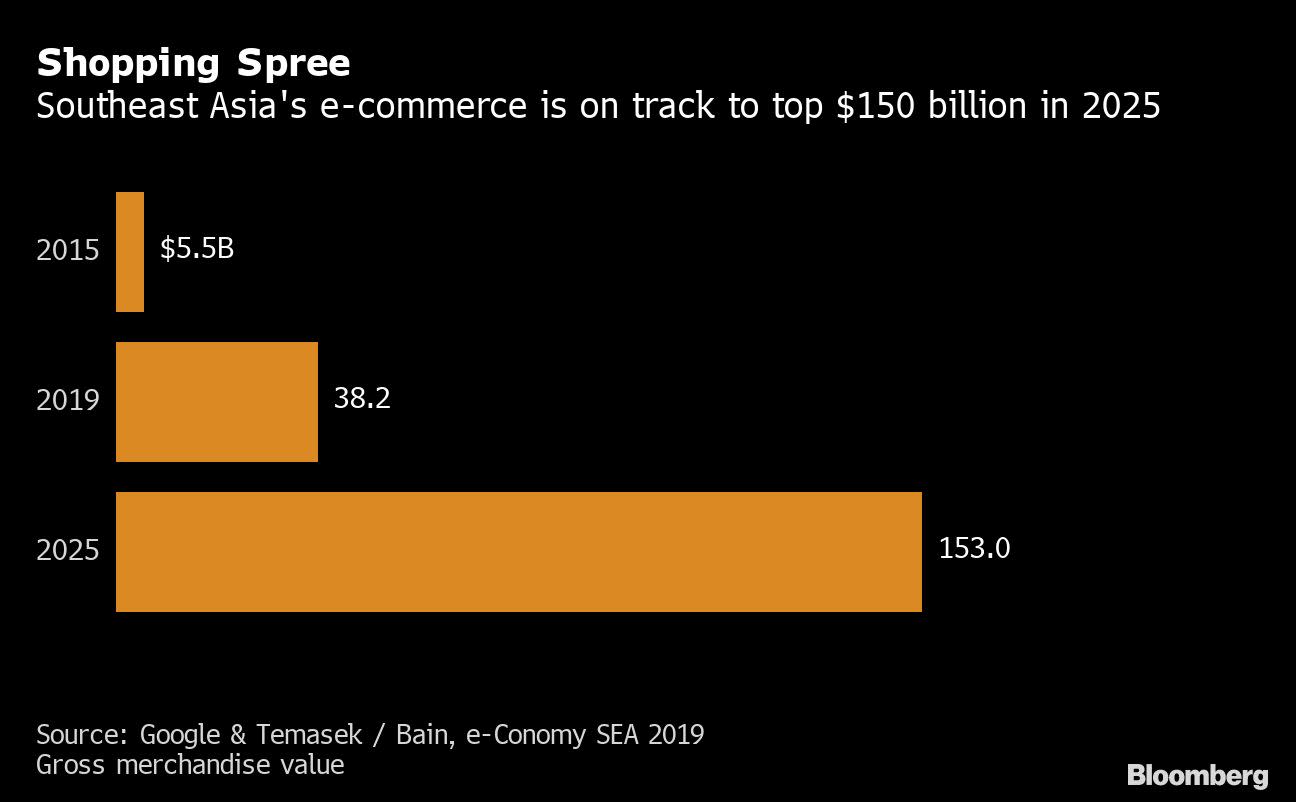 TikTok Owner to Spend Billions in Singapore After U.S. Ban

(Bloomberg) — ByteDance Ltd., the Chinese owner of video-sharing app TikTok, is planning to make Singapore its beachhead for the rest of Asia as part of its global expansion, according to people familiar with the matter.The Beijing-based company is looking to spend several billion dollars and add hundreds of jobs over the next three years in the city-state, where it has applied for a license to operate a digital bank, said the people, who asked not to be identified because of confidentiality. The investment would come at a crucial time as the technology firm is forced to sell TikTok operations in the U.S. under pressure by the Trump administration.ByteDance, the world’s most richly valued startup, is plowing ahead with plans to take its social media services deeper into Asia after setbacks in India and the U.K. as well as the U.S. The internet phenomenon controlled by billionaire Zhang Yiming has long eyed Southeast Asia’s 650 million increasingly smartphone-savvy population, a region where Alibaba Group Holding Ltd. and Tencent Holdings Ltd. are also making inroads.Read how TikTok becomes part of U.S.-China flashpointsThe plans for Singapore include establishment of a data center, the people said. Its operations there include TikTok and Lark, an enterprise software business.ByteDance currently has more than 200 job openings in Singapore, for positions in everything from payments to e-commerce and data privacy, according to its job referral site. The company already has 400 employees working on technology, sales and marketing in the city-state, one of the people said.A ByteDance representative offered no comment.Southeast Asia is rapidly evolving into a critical location for China’s largest tech corporations from Alibaba to Tencent in the face of growing hostility from the U.S. and other major developed markets. Singapore is becoming a regional base for both Western and Chinese companies because of its developed financial and legal system, and as Beijing tightens its grip on Hong Kong.“Singapore is highly attractive to tech firms looking for a hub to address the Southeast Asian markets due to geographic proximity,” said Bloomberg Intelligence analyst Vey-Sern Ling. “The workforce is highly educated, tech savvy and multilingual.”In China, ByteDance also runs news aggregation app Toutiao, and TikTok’s Chinese twin Douyin. Collectively its stable of products have more than 1.5 billion monthly active users. ByteDance is said to have generated more than $3 billion of net profit on more than $17 billion of revenue in 2019.U.S. DeadlineAsia is a growth area for the company, especially when it is increasingly likely to miss the U.S. government’s deadline for the sale of its TikTok U.S. operations. President Donald Trump said Thursday he won’t extend his Sept. 15 deadline for the deal.In India, TikTok is among more than a hundred Chinese-made consumer apps that are banned by the government on concerns about security. SoftBank Group Corp. is exploring gathering a group of bidders for TikTok’s India assets.The U.K. government will likely ban TikTok from moving local user data out of the country, Bloomberg News has reported.ByteDance is leading a consortium that has applied for a digital-bank license from the Monetary Authority of Singapore. Other members of that group includes a private investment firm owned by a member of the Lee family that founded Oversea-Chinese Banking Corp.The regulator will award as many as five such permits to non-banks by December. Ant Group and Tencent-backed Sea Ltd. have also applied.(Updates with comment from analyst in the eighth paragraph)For more articles like this, please visit us at bloomberg.comSubscribe now to stay ahead with the most trusted business news source.©2020 Bloomberg L.P.

You're Stuck at Home, Drinking a Ton of Tea—and Prices Are Rising