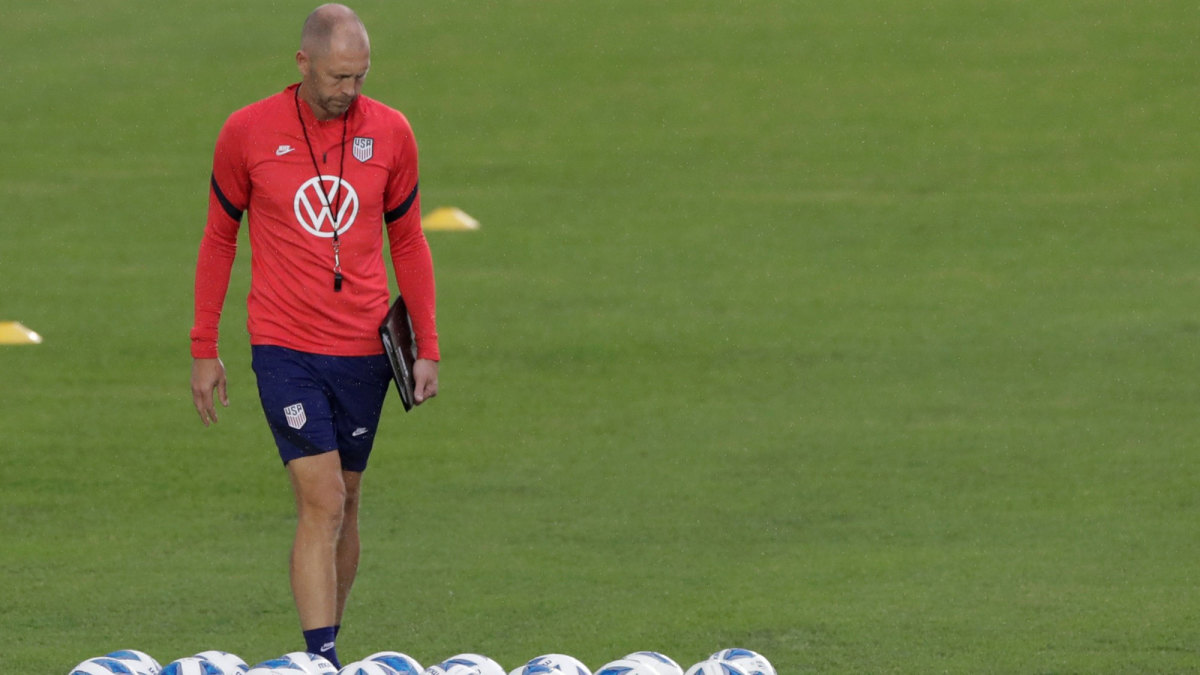 Home Sports The USMNT and Balancing Momentum, Changes and the Big Picture

The USMNT and Balancing Momentum, Changes and the Big Picture

Wholesale lineup swaps led to a disjointed effort in Panama, but it’s all part of a long-term strategy. Whether it proves worthwhile is the lingering question.View the original article to see embedded media.A quick glance at travel options from Chicago, where U.S. Soccer is headquartered, to Qatar, the host of the 2022 World Cup, reveals that, as of Monday, there are very few nonstop flights. The vast majority of routes come with stops along the way, some that may not be the most direct or convenient. This is not meant to be a travel advisory for those looking to book plans for next November, but more so a roundabout, metaphorical way at stating that for the U.S. men’s national team, making it to Qatar quite clearly won’t be achieved via the most direct and desirable means.In theory, having a top-choice team available for every World Cup qualifying match would be great. In theory, having to confront schedule compression that jeopardizes the wellbeing and ability of players more than it has in the past wouldn’t be a factor. And in theory, the quest to sustain momentum would not be in direct conflict with what’s realistically required over the span of such a hectic week.That’s how the U.S. wound up arriving at Sunday night’s approach, where the impact of seven lineup changes became a prevailing theme following a 1–0 defeat in Panama that, again, has the spotlight squarely on the U.S. to respond in its next match. With Weston McKennie (muscle strain) and Antonee Robinson (COVID-19 travel protocol due to his club being based in the U.K.) not making the trip, two changes were already guaranteed, but taking it a significant step further wound up throwing off the balance of the team. As manager Gregg Berhalter said, the U.S. was not great in duels vs. Panama, and its spacing was all off. The Americans didn’t manage a single shot on goal, and their expected goals total, something Berhalter has used as a data point to defend previous results where the final scoreboard hasn’t been fully flattering, was a paltry 0.22. As Berhalter succinctly and accurately said amid more detailed and self-reflecting remarks, “We were poor.”

EFE/Bienvenido Velasco/Sipa USA
“Looking at the game [vs. Jamaica] on Thursday in Austin and then the travel and then what we’re going to be dealing with here, the conditions, we wanted to be able to get fresh guys on the field,” Berhalter said. “You saw some of the guys that played in the game in Austin had a difficult time bringing the intensity that we needed. So we were hoping with this lineup that we were going to get that, get mobility, and we didn’t play our best. We had a number of guys that performed below expectations, and that’s part of it. It’s a young group. It’s about learning, regrouping and going from here.”Winning the Nations League and Gold Cup this summer with different squads perhaps instituted a false level of expectation that the U.S. could effectively swap out lineups on a wholesale level and have little to no drop-off. But there’s nuance that gets lost in that. Not every player can step in and replicate to the same effect, and the number of the switches isn’t necessarily as important as the specifics of who wound up starting. Beyond that, the stakes are significantly higher here, and it’s become clear (if it wasn’t already) that Tyler Adams’s presence on the field can have a domino effect on everyone else. Trotting him out for the entirety of all three games this month, as was the case last month, was untenable, though, Berhalter said.“Prior to this camp, Tyler hasn’t been playing regularly for his team,” Berhalter said. “He had a little bit of injury, he was in and out of the lineup, so now to ask a player who has not had any load or much load in the last three weeks, to go play three 90s, I wasn’t comfortable with it, and I’ll take responsibility for that. The good thing is he’ll be ready to go against Costa Rica, and he should have full power for that game.”The number of changes was significantly higher compared with some of the U.S.’s chief competitors. It’s not apples to apples given the number of variables in play, but Mexico, playing with the luxury of having two straight home games with no travel in between matches, made three lineup changes from its first match of this window to the second. Perhaps more appropriate as it relates to the U.S., Mexico made five swaps last month between matches at Costa Rica and at Panama, and Los Canaleros held El Tri to a 1–1 draw—and would’ve taken all three points if not for a late Tecatito Corona equalizer.Canada, faced with the difficulty of playing two straight road games before heading home, made five lineup swaps Sunday night. Costa Rica, the U.S.’s next opponent, played on the road and returned home, making just three changes in between games and knowing full well that a flight to Columbus beckoned.Los Ticos were in a considerably more desperate position, though, carrying only three points into their fifth game and knowing that defeat to El Salvador on Sunday would have spelled early doom. As much of a greater margin for error as there may be in a round that features 14 matches instead of the previous 10, there is still a giant match-to-match swing when it comes to comfort level in the table, considering the stakes.

Rogelio Figueroa/AFP/Getty Images
The level of comfort for the U.S., which hasn’t had the services of the injured Christian Pulisic and Gio Reyna for this full window, was different. Perhaps sitting atop the table entering Sunday’s game and having a slightly larger margin for error based on its most recent results, it felt able to take a calculated risk and make more sweeping changes, thinking that if it could steal a point or even all three in Panama that it’d be sitting pretty three days later vs. Costa Rica—and that even if it didn’t, it’d still be set up to succeed in its next match with a more full-strength squad. There’s a big picture to take into account, even if a quick-trigger fan base demands excellence on a game-to-game basis. The U.S. demands that of itself, too, but the practicality of executing that given all the constraints and long-term planning is not always considered. There’s no doubt that Berhalter and the U.S. got it horribly wrong Sunday night, but there’s little time to dwell on it when the next match and next chance to spin the narrative is less than 72 hours away.“I think the way to look at it—and this is how I looked at it—now it obviously doesn’t look like the best choice, but I think we have to wait until Thursday,” Berhalter said. “Because if we would’ve played the same players from the last game—first of all, two of them weren’t even here, so that was going to be impossible—but if we would’ve played the same players in this game, I’m not sure we would position ourselves in the best way to win again on Wednesday. The conditions that we’re dealing with here, the travel, with the weather, made it complicated. And we had to make I guess a somewhat risky decision, and the good thing is we’re still in second place.”He’s right about being in second place, but in such a congested table over a third of the way through the qualifying competition, the sixth-place team is only three points behind. And the problem with enduring such a self-inflicted stumble and coming up on the wrong end of that calculated risk is that the U.S. has put itself into a similar position as it did last window. It needs a win in its final match to stabilize its table standing and enter the next window feeling good about the big picture and its overall itinerary on what it hopes is a winding road that ultimately leads to Doha.“Our goal is to go into Wednesday’s game and get three points,” Berhalter said. “We take every game as it comes, and Wednesday is another opportunity to get three points and further establish our position in the group.”More USMNT Coverage From Brian Straus:USMNT’s Next Goal: Make Defeat in Panama a Short-Term SetbackMusah’s Wait Was Worth it—and He’s Worth the WaitThe Pepi Hype Train Chugs Right AlongRefocused USMNT Light on Expectation Proclamations