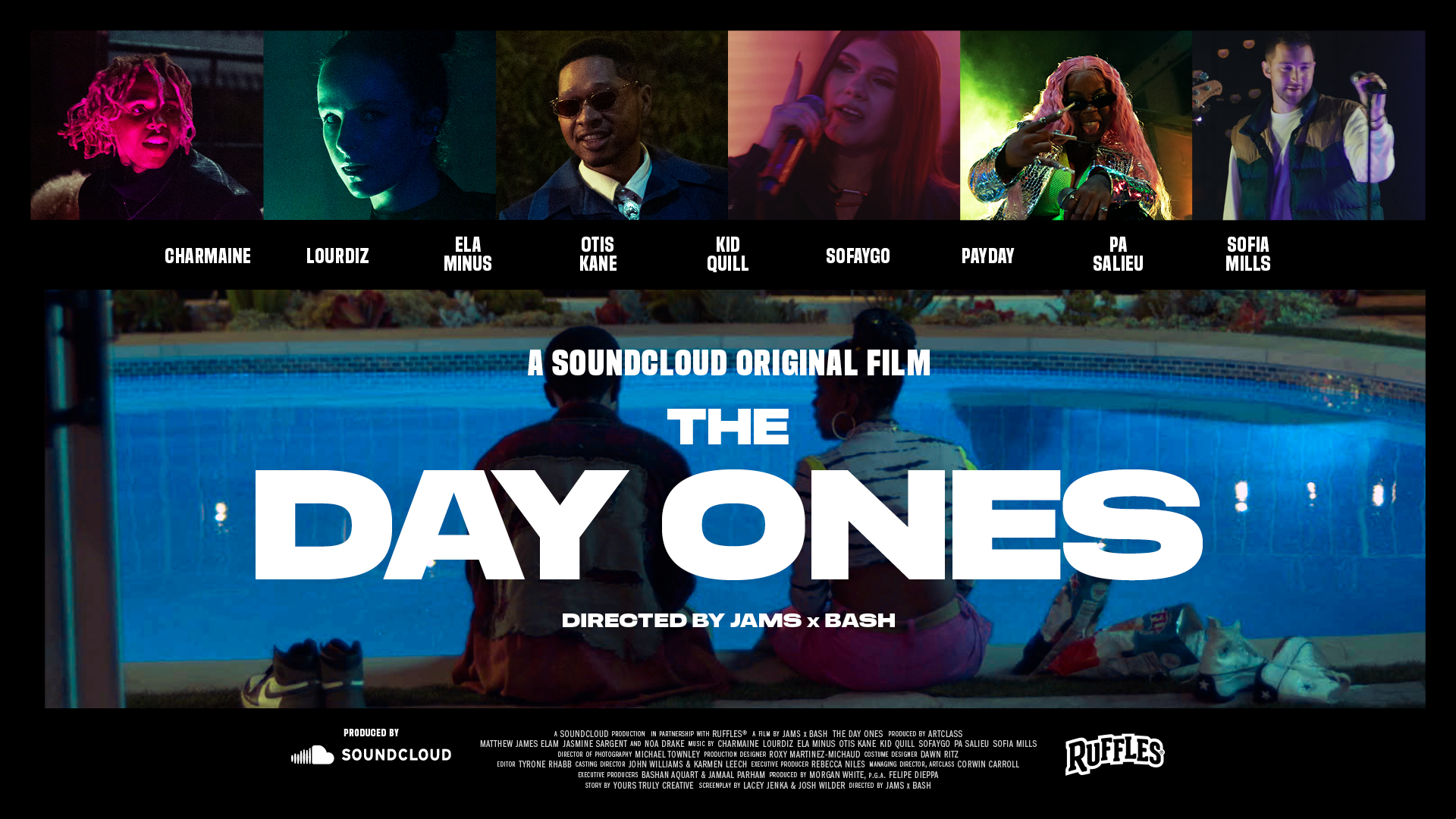 Heading into 2022, SoundCloud is celebrating another successful year and welcoming its next generation of artists with a feature film, The Day Ones.
The first-ever film by SoundCloud includes music and live performances from 2021 breakout artists SoFaygo, Charmaine, Otis Kane, Pa Salieu, Lourdiz, Ela Minus, and more. Having came through the platform’s “First on SoundCloud” accelerator program, these are names to keep on your radar.
The Day Ones brings together the worlds of music, entertainment, and cinema to create a major career-first for the artists, providing a new, innovative way to showcase their talents and connect them with fans globally. It’s one of the many efforts SoundCloud provides for the artists they believe in.
Learn more and watch The Day Ones here. Listen to the soundtrack here.

About The Day Ones: A film about two childhood best friends at a turning point in their lives. Before saying goodbye, they spend their last evening together at their favorite local party. Throughout the night, they experience musical performances from various artists from First on SoundCloud.
THE DAY ONES Trailer | SoundCloud Original Film

This article was first published on Your EDM. Source: SoundCloud Shines Light on Breakout Artists with Feature Film ‘The Day Ones’ [WATCH]