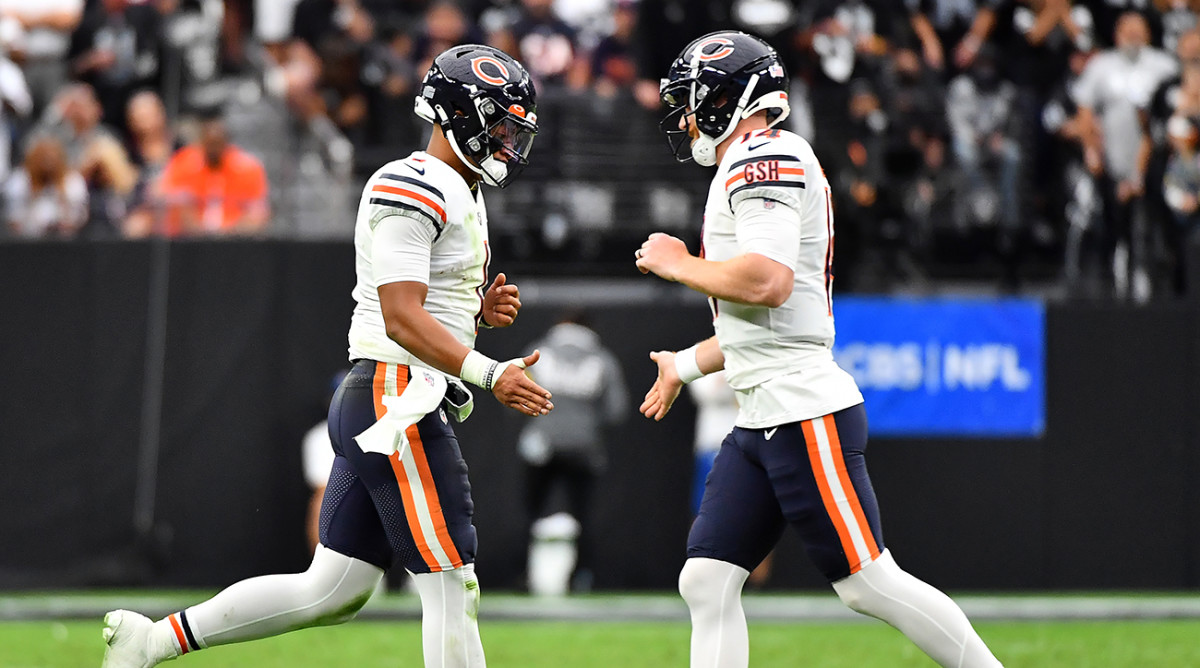 The short week was not enough time for Fields, who is dealing with a ribs injury.Andy Dalton will get the start this Thursday night with Justin Fields out due to a ribs injury, according to NFL Network’s Ian Rapoport. Fields had more tests done on his ribs Monday, but the short week is not enough time for him to recover. Fields left Sunday’s game against the Ravens in the third quarter after sustaining the injury. Initial tests found that the ribs were not broken, but were bruised, per NFL Network. Dalton, who was initially Chicago’s starter in the beginning of the season, will lead the offense on Thanksgiving against the winless Lions. In his four appearances this season, Dalton has tallied three touchdowns and 471 yards through the air. Dalton threw for 201 yards and two scores in the losing effort on Sunday.Fields has appeared in 10 games and thrown four touchdowns to eight interceptions in his rookie campaign. The Bears (3–7) will travel to Detroit (0–9–1) for the NFC North showdown. Kickoff is scheduled for 12:30 p.m. ET. More NFL Coverage: Report: Saints’ Hill Signs Hybrid Contract ExtensionKevin Hart Among ManningCast Guests This WeekBaker Mayfield Doesn’t Care That Browns Fans Booed HimBears Digest: Defense Lets Bears Down Again in DefeatFor more Bears news, head over to Bears Digest.