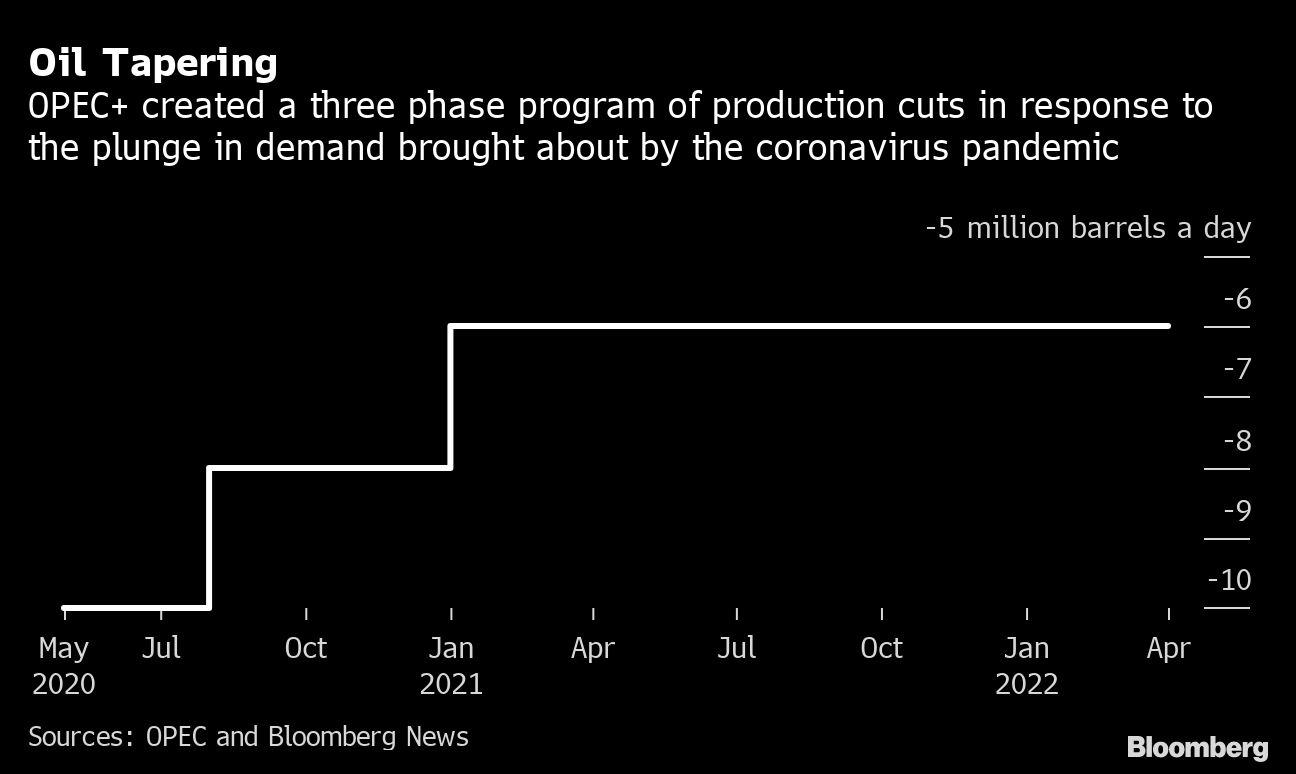 Oil Falls Below $40 With Supply Constraints Beginning to Ease

(Bloomberg) — Oil fell for a second day as operations in the U.S. Gulf of Mexico started to resume following Hurricane Delta and Libya took a major step toward reopening its biggest field.Futures in New York dropped below $40 a barrel after closing down 1.4% Friday as oil workers in Norway called off a strike. Crude explorers and tugboat operators got back to work on Saturday after Delta, which had seen about 92% of oil production and 62% of gas output shuttered. The hurricane and hopes for more U.S. fiscal stimulus contributed to a price jump of almost 10% last week.Libya’s National Oil Corp. lifted force majeure on the western deposit of the Sharara field and instructed its operator to resume production, according to a statement on Sunday. Sharara’s output will reach its daily capacity of almost 300,000 barrels in 10 days, a person with knowledge of the situation said.The resumption of supply from the North African country is an added headache for the OPEC+ alliance as it considers whether to proceed with a plan to restore more output in January. With coronavirus cases accelerating in many countries, the group faces a tough decision at its next policy meeting on Nov. 30-Dec. 1.Iraq expects crude prices to remain at around $41 to $42 a barrel this year before rising to $45 in the first quarter of 2021, the state-run Al-Sabah newspaper reported, citing an interview with Oil Minister Ihsan Abdul Jabbar. The minister reiterated that Iraq, OPEC’s second-biggest oil producer, would continue to comply with the OPEC+ pact to curb output.Drilling activity in the U.S., the world’s largest producer, is starting to pick up despite signs demand might not recover to pre-virus levels until 2022 or 2023. Active rigs targeting crude oil rose by 4 to 193 last week, according to Baker Hughes, an increase of 14 in the last three weeks.For more articles like this, please visit us at bloomberg.comSubscribe now to stay ahead with the most trusted business news source.©2020 Bloomberg L.P.

To Find a Coronavirus Vaccine, GlaxoSmithKline Is Bonding With Its Biggest Competitors

Cramer's week ahead: A tough week, a prelude to election day

Is it possible to prepay taxes, as President Trump claims he did?