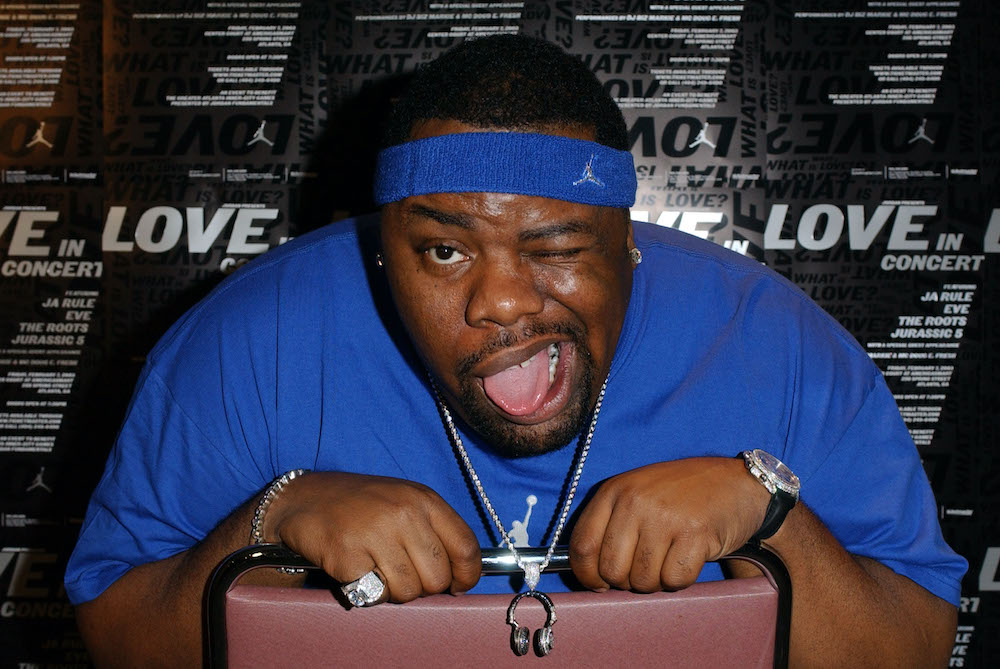 Nobody Beat The Biz

It wasn’t just that the Diabolical Biz Markie was funny. When the Biz made his unlikely pop-chart breakthrough in 1989 — the first moment when a rapper really could score a pop-chart breakthrough — every rapper who crossed over was funny, or at least “funny.” It was a job requirement. Public Enemy and N.W.A and Rakim were deadly serious, and pop radio stayed away from them like their dookie ropes were made of plutonium. The rappers deemed friendly enough for radio play were the ones who ingratiated themselves, the ones who tried to be funny. Tone Lōc and Young MC told loopy stories about trying to get laid. Digital Underground’s Shock G invented a whole Rodney Dangerfield character for himself. The Fresh Prince carried himself as a sitcom star long before he became one. The Fat Boys were, more or less, a vaudeville act. But Biz Markie wasn’t like those other guys. Biz didn’t try to be funny. Biz simply was.