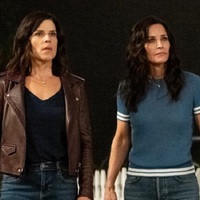 When it was announced that Paramount Pictures and Spyglass Media Group were going to reboot Wes Craven’s lucrative Scream franchise, fans were immediately clamoring for original stars Neve Campbell, Courteney Cox and David Arquette to be included in the new film. Eventually, it was announced that all three would be reprising their roles of Sidney Prescott, Gale Weathers and Dewey Riley. Of course, after months of speculation about what the plot of the 2022 incarnation would be, the new trailer which was released today reveals that Ghostface is back with a vengeance (literally). For those individuals that were concerned that too much of the plot would be given away, not to worry. We get the gist of the storyline without any critical information being divulged….

A Bitcoin ETF Is Here. What Does That Mean?