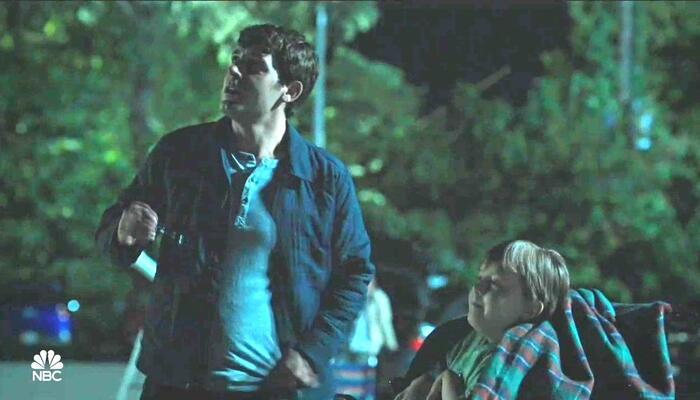 This week, NBC’s newest heartfelt drama stood athwart the culture of death that says unplanned babies ruin lives with a powerful expression of the beauty of parenthood.

NBC’s Ordinary Joe centers around Joe Kimbreau (James Wolk) and his three parallel lives based upon what decision he made at college graduation. In all three, he’s fathered a son with his college best friend, Jenny Banks (Elizabeth Lail), but only in one do they get to raise their son, Christopher (John Gluck), together as a married couple.

Also in all three storylines, Christopher has spinal muscular atrophy, which is revealed to be a “neuromuscular disease” passed on from Joe. The parallel life where Jenny and Joe raise Christopher together is perhaps the most sobering, as Joe must contend with how Jenny has initiated a separation. Despite their marriage issues, Jenny and Joe are both devoted parents. Joe is a nurse, working at his father-in-law’s hospital, rather than living his dream of being a rock star, which he achieves in another timeline.

Upon learning that his dad once played in a band during the October 11 episode, “Shooting Star,” Christopher worries that his father’s life was ruined all because of his existence.

Christopher: Did I ruin your life?

Christopher: I know you dreamed of being a musician, but you gave it up after college.

Christopher: It doesn’t take a rocket scientist to do the math. I know that’s when I was born.

Joe: Sometimes, the most beautiful dreams are the ones that we have yet to dream. And being your dad is more beautiful than any dream I could’ve ever imagined.

Christopher: I love you, Dad.

Joe: Back at you, Starman.

One can imagine Christopher getting the idea that he ruined his father’s life from hearing the language of pro-abortion advocates who talk about unexpected babies ruining people’s lives. They are especially cruel when it comes to children with disabilities, who they often imply would be better off never being born. Joe expresses what millions of families with differently abled children already know, your life might be different from what you imagined, but it will be even more beautiful and loving than you could ever dream.

It was a beautiful reminder of the inherent dignity and value of every life. Hollywood might be pro-abortion, but life-affirming stories keep popping up on tv, probably unintentionally. Somehow, abortion just doesn’t deliver the same warm fuzzies that parents sacrificing and loving their children unconditionally does.