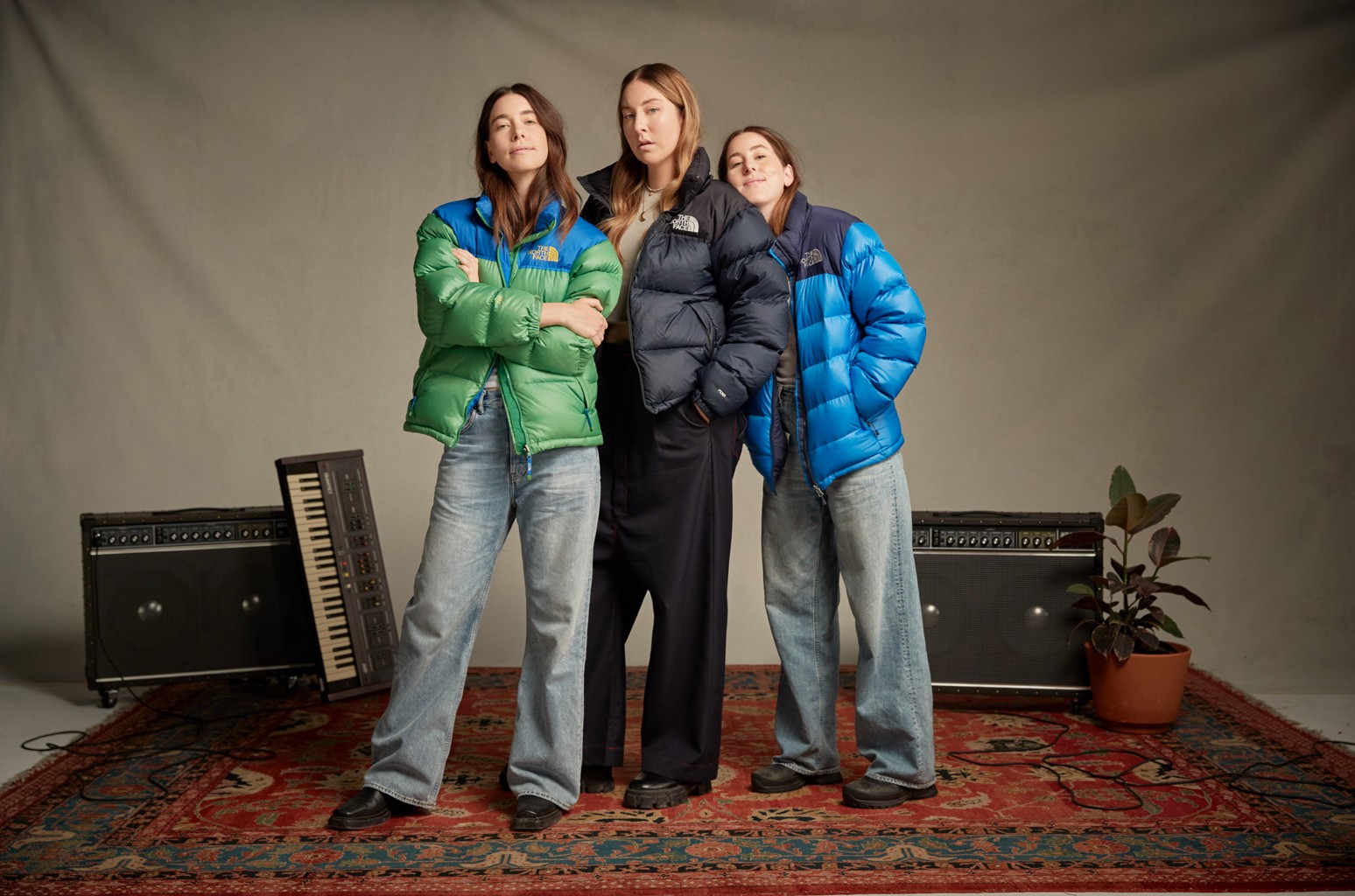 If you purchase an independently reviewed product or service through a link on our website, we may receive an affiliate commission.
With cold weather coming up just around the corner, The North Face is in full swing. The timeless brand announced his new fall campaign on Tuesday (Oct. 12), called It’s More Than A Jacket, which celebrates the memories created over the brand’s more than 55-year history.
To capture the meaning behind every piece, The North Face is launching its first-ever crowdsourced digital archive, calling on participants worldwide to submit stories and images of their own beloved products to potentially be included in the official archive. The San Francisco Museum of Modern Art (SFMOMA) will then bring the archive to life through a series of participatory programs at the museum in fall 2022.
Music stars Haim and RZA, plus The North Face athlete team members Conrad Anker and Ingrid Backstrom, were among to submit to the archive this fall, drawing on connections from their past to write their stories of adventure into the brand’s history.

{“nid”:”9587046″,”type”:”post”,”title”:”All Things Go 2021 Lineup Includes Haim, St. Vincent & More”,”relative_path”:”/articles/news/festivals/9587046/all-things-2021-lineup-haim-st-vincent/”,”media”:{“width”:1548,”height”:1024,”extension”:”jpg”,”mime_type”:”image/jpeg”,”type”:”image”,”path”:”https://static.billboard.com/files/2021/06/HAIM-2018-MusiCares-Person-Of-The-Year-Honoring-Fleetwood-Mac-billboard-1548-1623707486-compressed.jpg”,”sizes”:[{“path”:”https://static.billboard.com/files/2021/06/HAIM-2018-MusiCares-Person-Of-The-Year-Honoring-Fleetwood-Mac-billboard-1548-1623707486-compressed.jpg”,”width”:1548,”height”:1024},{“path”:”https://static.billboard.com/files/2021/06/HAIM-2018-MusiCares-Person-Of-The-Year-Honoring-Fleetwood-Mac-billboard-1548-1623707486-compressed.jpg”,”width”:1548,”height”:1024}],”orientation”:”landscape”,”id”:”9587054″,”caption”:null,”credit”:null}}
“We’ve always been such big fans of The North Face,” Alana Haim tells Billboard of the collaboration. “Everything that they produce is so classic looking and it never goes out of style. It feels so good, it’s made so well. The jackets we have—”
“Stood the test of time!” Este Haim chimes in with a laugh.
The sibling trio also reminisced on tour memories in which the warmth of The North Face jackets really came in handy. “We were in Sweden in the dead of winter, and I remember putting my North Face on to go into a studio to do a radio interview, and not being able to believe that there was snow on the ground,” Este recalls.
“Also on tour, we’re always nervous we’re going to get sick or catch a cold, so our jackets are our armor,” Danielle Haim adds. “We need them all the time because we just can’t afford to get sick on the road.”
Alana adds that snow is something unusual for her and her sisters, since “we were born and raised in Los Angeles, so anything below 50 degrees is freezing to us. It’s not that hard for the Haim family to get cold.”
Since the trio grew up in Southern California’s San Fernando Valley, they had plenty of outdoorsy memories to share — from mountainous family trips to fun beach days. “Our family friend had a place up in Big Bear, so we would go to Big Bear a lot,” Danielle shares. “Especially if there were murmurs of it snowing, we would go up there for the day and just hang out in the snow and I think that was a fond memory as kids.”
“I feel like we would go to the beach as our New Year’s plans too,” Este adds. “We would go either to Venice or we would go to Zuma Beach in Malibu. We would trek from the Valley, which we wouldn’t do a lot.”
“No,” Alana jokes. “It was for special occasions.”
“We didn’t leave the Valley!” Este exclaims as all three sisters laughed. “It was crazy.”
Haim will be leaving the Valley quite a bit in the next year, as the group gears up for a number of shows, including performances at All Things Go music festival and Boston Calling Music festival, plus a U.K. tour, which you can buy tickets for here.
“Time to take these North Face jackets out for a ride! They’ve been in the closet for a long time,” Alana concludes with excitement for the upcoming shows.
Shop The North Face, and check out more information on the It’s More Than A Jacket campaign here.