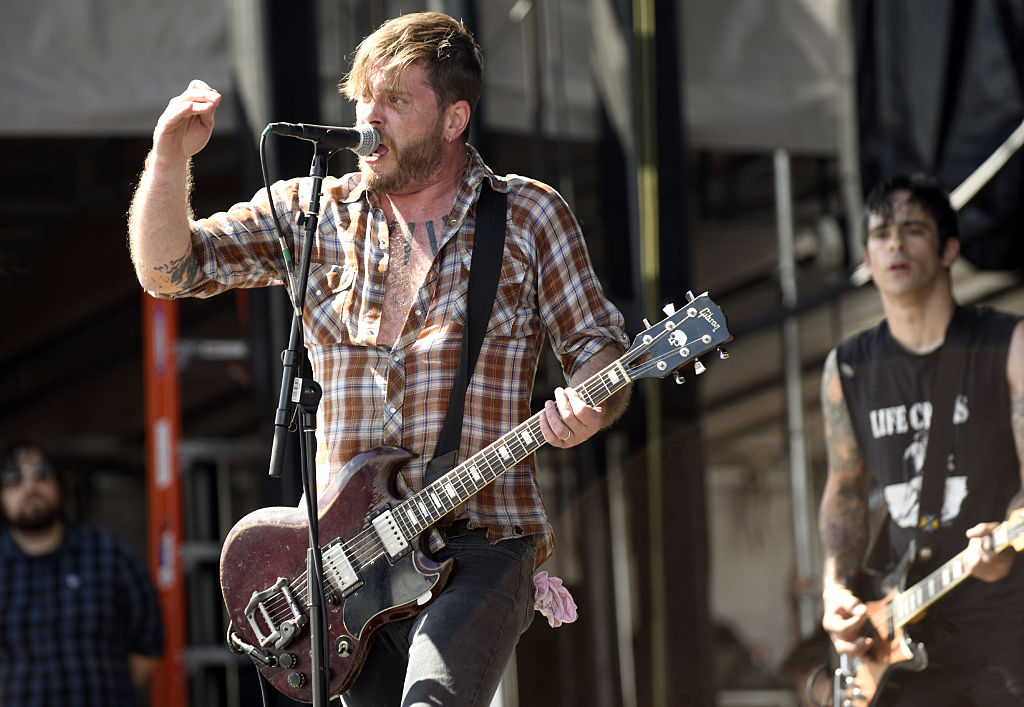 Gared O’Donnell, the singer of post-hardcore band Planes Mistaken for Stars, has died. He was 44. The band shared the news in a social media post.
In August 2020, O’Donnell revealed he had Stage 3 esophageal cancer.
“It is impossible to express the depth of sorrow in which we must announce that Gared O’Donnell, our brother, our leader, our captain, who has done more to cultivate love and light in this world than any of us can understand, has moved on from his physical form here with us and crossed the rainbow bridge into the eternal ether. In his final days/hours, he was surrounded by the love of his family, his friends, his bandmates, and many others from afar,” the statement said.
O’Donnell joined forces with guitarist Mat Bellinger, drummer Mike Ricketts, and bassist Aaron Wise to form the band in 1997. The Peoria, Illinois band released their debut, Fuck With Fire, in 2001 and Up in Them Guts in 2004. Planes Mistaken for Stars’ last album was released in 2016. However, in their statement, the surviving members said they were working on new material.
“Gared spent the last year of his life doing exactly what he loved, writing and recording music,” the band continued in their statement. “We are currently working hard to bring these multiple final projects to completion. It is heartbreaking to do this without him, but we know that he would want for us to complete what we had started together. We will do our absolute best to honor his legacy and spread word of the legend that he embodied.”

A post shared by Planes Mistaken For Stars (@planesmistakenforstars_band)