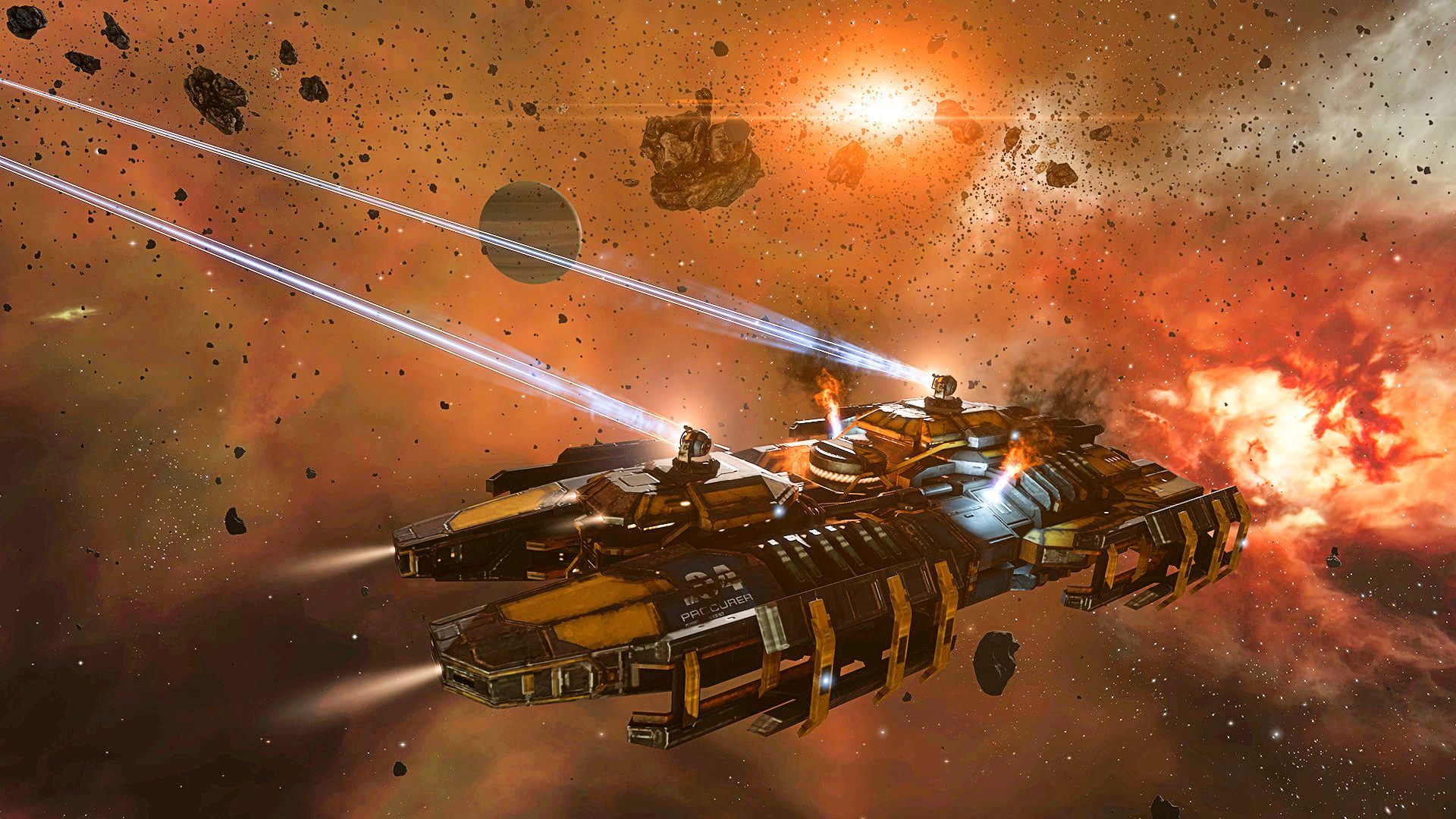 World War Bee 2, the biggest and most costly war in the MMORPG’s 18-year history, sputtered to a close earlier this year. As the belligerents have returned to a more ‘normal’ mode of operations, however, they’ve discovered that the massive space game is different now than it was before – and many haven’t liked what they’ve found.
Over the weekend of November 13-14, thousands of players from both sides of the massive conflict descended on the key trading hub of Jita 4-4, firing volleys at the assembly yard that orbits the planet. They had organised a protest over proposed changes coming to Eve Online’s industrial systems outlined in an Eve Online developer blog published earlier in the week.
Even the best MMOs are fairly complex, but Eve Online is notorious for its complexity. In the blog, Eve’s developers proposed changing the way the game handles mining operations. The idea, CCP tells us, was to make the process more interesting than it’s been historically, adding new systems for mineral compression and wastage. According to the plan, miners must compress materials (ore, gas, or ice) as they bring it aboard their ships, and this process involves losing some amount of material as waste based on a number of factors – primarily equipment quality and mining skill.