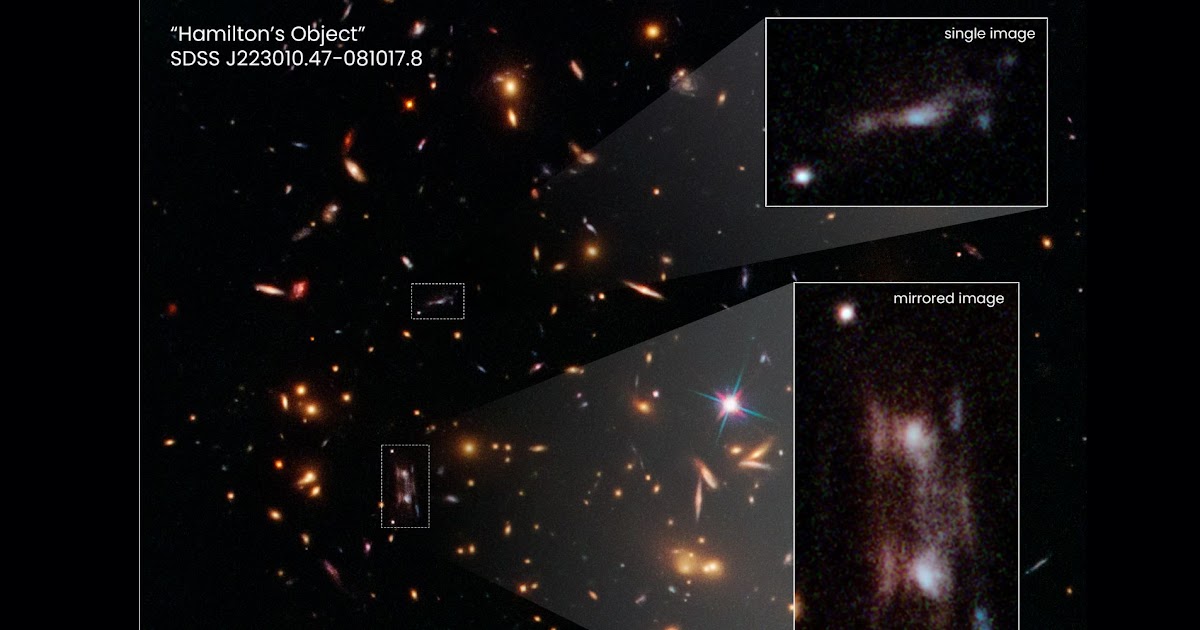 It’s not too often that astronomers are at a loss for words when making a space-related discovery, but the above image from NASA’s Hubble telescope managed to do precisely that. Of all the tools at our disposal for exploring outer space, Hubble has repeatedly proven to be one of the best. The 31-year-old telescope has made countless discoveries over the years, whether it be answering questions about our own Solar System or investigating galaxies millions of light-years away.In 2021 alone, Hubble has been up to a lot. It’s captured a large ‘eye’ in the middle of a constellation, learned new information about Jupiter’s Great Red Spot, and even identified a ‘ghost’ galaxy utterly devoid of dark matter. All of this has happened despite a scare earlier this year — one that caused Hubble to go offline for a month due to a nasty computer glitch.Related: Hubble Spots Eerie ‘Ghost’ Galaxy Lacking Dark MatterNASA just shared one of Hubble’s latest discoveries, and it may be one of the most head-scratching of the entire year. Looking at the photo above, all seems pretty normal at first. The picture shows a large cluster of galaxies deep in space, with Hubble focusing on two of them. The first one, labeled ‘single image,’ is a run-of-the-mill galaxy with a bright center and numerous stars surrounding it. Where things get interesting is with the galaxy labeled ‘mirrored image.’ Not only does it look like a galaxy mirroring itself, but it’s also a copy of the ‘single image’ galaxy above it. In other words, there are three sightings of the same galaxy for no apparent reason. After first spotting the ‘double’ galaxy in 2013, astronomer Timothy Hamilton admitted he and his team “were really stumped.”If it sounds impossible for there to be three instances of the exact same galaxy, that’s because it is. What’s really happening here is something called ‘gravitational lensing’  — a visual trick that occurs when a large amount of matter distorts light from other galaxies. Gravitational lensing is a fairly well-known thing today, but in 2013 when Hamilton discovered these perplexing galaxies, that wasn’t the case.In this particular situation, NASA explains the lensing as follows: “A precise alignment between a background galaxy and a foreground galaxy cluster produces twin magnified copies of the same image of the remote galaxy. This rare phenomenon occurs because the background galaxy straddles a ripple in the fabric of space.” Another way to think about it is like wavy reflections present in a swimming pool. When the afternoon sun is shining bright on an outdoor pool, the light from the sun appears on the bottom of it with swirling, wavy reflections. As Richard Griffiths from the University of Hawaii explains, “The ripples on the surface act as partial lenses and focus sunlight into bright squiggly patterns on the bottom.”This is essentially what’s happening in the image at the top of this article, albeit on a much larger scale. A ripple in space is taking light from the single image galaxy, magnifying and distorting it, and that’s what’s seen with the mirrored image galaxy. That’s a great oversimplification of all the science and research that went into getting to this answer, but that’s ultimately how the photo is explained. If anything, it’s a great reminder of how much we still have to learn about space. In just 8 years, astronomers went from not understanding this photo to having a logical explanation for it. In the next 8, 16, or 32 years, who knows what other mysteries we’ll also have answers to.Next: This Hubble Photo Is So Incredible You’ll Swear It’s FakeSource: NASAfrom ScreenRant – Feed https://ift.tt/3ar5u1y https://ift.tt/3ltdIwv